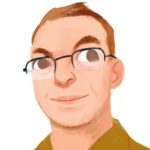 James Maliszewski discovered roleplaying games in late 1979 through the Basic Dungeons & Dragons rules edited by J. Eric Holmes. It wasn’t long after that he first heard tell of the alien planet of Tékumel and Empire of the Petal Throne. As he became more familiar with both, his passion for them grew, cultivated in part by correspondence with their creator, the late M.A.R. Barker. Since 2015, James has published The Excellent Travelling Volume, a fanzine devoted to Tékumel and referees two campaigns in the setting. 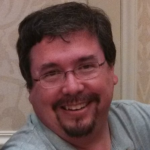 Victor J Raymond began reading science fiction at the age of six or seven.  Shortly after that, he was introduced to wargaming by his then-best friend’s father. In 1975, he started playing Dungeons & Dragons with his classmates at school, and soon discovered more roleplaying games, science fiction fandom, and the SCA – and Empire of the Petal Throne. He became a regular member of Prof. Barker’s Thursday Night Group in 1984, and eventually the Chair of the Tekumel Foundation. He currently referees three different groups in his own Tekumel campaign.