Hall of Blue Illumination
Episode 13, "The Difference Between 'Real' Tékumel and 'Game' Tékumel" 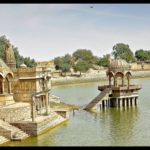 Episode 13:  The Difference Between “Real” Tékumel and “Game” Tékumel

Welcome to The Hall of Blue Illumination, the podcast dedicated to the world of M.A.R. Barker’s Tékumel.  In this episode, our hosts discuss an article written by Professor Barker that appeared in Dragon magazine #9. In his introduction, the Professor draws a distinction between the “game” and “real” (i.e., non-game) settings of Tékumel.  He then answers several questions regarding the world of Tékumel and the rules of Empire of the Petal Throne.

[00:01:40]  As I have said elsewhere, we must at once distinguish between “real” Tékumel — the fantasy world — and “game” Tékumel — the abstracted, simplified, and somewhat altered version which results from playing “Empire of the Petal Throne.”

[00:02:21]  There are many differences — things which become over-emphasized in the game, things which were peripheral and unimportant to the game while being of value to the people of Tékumel, etc., etc.

[00:03:31] The basic question here came up relatively soon after Tékumel was published.  Ultimately, the game is a simulation of more complex source material.  Contemporary analogs are early miniature war games, whose armies and scenarios were based on those of ancient “real world” civilizations.

[00:04:27 ] “Real” Tékumel has less magic and magical items lying about.  Victor finds it interesting that this is mentioned so early after the release of EPT.  During his time with the Professor, he often complained that players had access to too many spells and could cast them too often.

[00:07:37] Early attitudes to incorporating players’ characters from other games, and adjusting their items as a result. Gary Gygax speaks about this in the original Dungeon Master’s Guide (pp. 110-111) and in an article for White Dwarf #7, “Thoughts on the Proliferation of Magic Items in D&D.”

[00:09:29]  Part of this emphasis on magic items is a result of the immensely powerful items players came into contact with in the first decade of gaming.  When players have access to powerful magic items, games must be run very differently.

[00:10:46]  Early on, there was no frame for understanding what a proper game was, or how it should be run.  Scott proposes that this might be the result of isolated gaming groups not having a model for gaming.  Victor gives us an anecdote about Fred Funk, and a game he ran that would seem “outlandishly silly and powerful” to modern gamers.

[00:15:05]  James uses the amount of money available to players in a normal EPT campaign as an example of the exaggerations of “game” Tékumel.

[00:15:44]  Original EPT is related to original D&D.  Scott asks, did Professor Barker scale back the money available in Swords & Glory?  Victor answers that since we never got a referee’s book for S&G, we probably can’t answer this.

[00:16:26] Because player characters in “game” Tékumel have access to a comparatively tremendous amount of money, it’s a lot easier for them to succeed financially.

[00:17:49]  Scott suggests that Professor Barker might have gone “too far” in trying to present “real” Tékumel in S&G.  James’s disagrees, and cites the large spell corpus in S&G.

[00:19:00]  In your own games, consider the tension between “real” and “game” approaches to aspects of Tékumel.  Professor Barker understood that “real” Tékumel would be boring to the majority of players.  In “real” Tékumel, chances for advancement were neither assured nor fast, acceptance of outsiders was limited, and social status was considerably more ossified.

[00:20:29]  This article also references clan membership.  Clan membership was a much bigger deal in the Professor’s games than the published EPT material of the time would lead you to believe.

[00:21:45]  Any game is necessarily going to exaggerate certain aspects of Tékumel, because those aspects are where you are focusing your efforts.

[00:24:50]  Another perspective on the difference between the “game” and “real” settings.  “Real” Tékumel was a place Professor Barker created as he went, while “game” Tékumel was a way of experiencing that setting.

[00:25:14]  Victor feels that by comparing the rules sets, we can “engage in a kind of parallax” and determine which aspects of Tékumel are most enjoyable.

[00:27:00]  Victor recalls one of James’s comments on a previous episode:  Professor Barker wanted James to explore Tékumel through his own game, and report back what he found there.  (HoBI Ep. 2, beginning at 00:05:45)

[00:27:27]  Since Professor Barker is no longer with us, the distinction between “real” and “game” Tekumel is not as significant.

[00:29:12]  In 2012 Scott joined a niche band that had existed since the late ‘70s, and the band was asked to make a new record.  Even as a replacement member, he felt that he knew the band’s corpus so well, he could intuit when something new would fit, as well as what wouldn’t.

[00:32:56]  Victor describes his reactions to playing in other people’s Tékumel campaigns where some elements didn’t feel right to him.  While having fun and experiencing “your” Tékumel is something the Professor encouraged, some things can nevertheless throw him out of it.  Sometimes people can get all the details right, but for whatever reason, it just doesn’t add up.

[00:34:28]  What’s an exact parallel to a music group going on tour?  Running a Tékumel campaign.  You just have to get out there and play.

[00:36:25]  If I try to pin down all aspects of the game to hard and fast rules I may create more problems than I solve. In my own campaigns there are just two real gods: Common Sense and The Referee.

[00:36:52]  S&G played into Professor Barker’s desire for a more complete view of the world.  It also drove him to distraction, because he felt like he had to come up with rules for every situation.  Victor highlights his favorite, a table for damage done to PCs by trebuchet shot.  (S&G, Vol. 2 § 2.829)

[00:37:53]  Can Transmutation turn water into stone?  Professor Barker answers  that this spell is rare in “real” Tékumel, and therefore, he has little experience with it.  He also notes that, from a more practical perspective, if Transmutation could be used in this fashion, sieges would become obsolete.  The Professor knows this doesn’t make sense, and suggests a solution.

[00:39:50]  James tells us about his experiences with the Third Imperium (a setting for Traveller).

[00:43:39]  Just because a spell or other aspect of the game is described a particular way doesn’t mean that that description governs all situations.

[00:47:06]  One thing that frustrated Professor Barker is that the amount of knowledge needed to run Tékumel well was not nearly as much as people wanted.  EPT has all the information you need to run the game, even though today there’s much more out there.

[00:49:29]  Professor Barker was not interested in having lots of flaming oil.  He thought it was silly.

[00:49:50]  Do the inimical races (the Ssú and Hlüss) worship human deities?  “No,” says Professor Barker.  But he goes on to suggest a way that players might consider the matter if they chose to play members of the inimical races.

[00:53:10]  We might revisit this column later.  These early articles not only give insight into the early days of Tékumel, but also how Professor Barker responded to questions about the setting.

[00:54:12]  PRODUCT NEWS!  The updated files for EPT are in process and will *hopefully* be rereleased soon.  This will include a hardcover edition of the game, a softcover edition, and an update to the PDF edition.  If you’ve already purchased the PDF version before this new edition is released, you’ll instantly have access to the revisions.

[00:54:57]  Print-on-demand maps?  The Tékumel Foundation is considering it.  Jeff Dee has suggested DeviantArt, his printer for the Béthorm setting’s Katalál map.

The “Seal of the Imperium” article discussed in this episode appears in Dragon #9, which is cover-dated September 1977.  The magazine was originally published by TSR, and titled The Dragon until 1980 with issue #39.

Empire of the Petal Throne is the original Tékumel sourcebook and rules set.  It was first published by TSR in 1975.  It can be purchased as a PDF from RPGNow.

Swords & Glory Vol. 2 is available as a PDF or in print from RPGNow.  It provides an intricately detailed rules set for creating characters and gaming on Tékumel.

Jeff’s Katalál Area Map & Gazetteer is available as a PDF from RPGNow.  You can also purchase a print of the map from DeviantArt.

Non-Tékumel Products and Other Things:

Arduin is a roleplaying game and setting written by David A. Hargrave, and originally self-published in 1977.  Several subsequent publishers have released products for Arduin, most notably Grimoire Games.  Early on, Arduin incorporated material from genres beyond traditional medieval fantasy.  Anthony Pryor has a lengthy overview here, but beware the NSFW image halfway down.

The Advanced Dungeons and Dragons 1st Edition Dungeon Master’s Guide is available as a PDF from RPGNow.

“Thoughts on the Proliferation of Magic Items in D&D” is an article by E. Gary Gygax that appeared in White Dwarf #7, cover-dated June/July 1978.

Papers & Paychecks is billed as “a roleplaying game of workers and students in an industrialized and technological society.”  It is based on a cartoon by Will McLean.  Lev Lafayette designed the game, and has successfully kickstarted it.

Scott joined Zero Boys as a replacement member in 2012.  His current band is *ask.

The venerable science fiction RPG Traveller entered print in 1977 and has seen repeated revisions and overhauls.  Virtually all of the previous editions are available in PDF.  The current rule sets are Traveller5 and Mongoose Publishing’s Traveller 2nd Edition.  “The Third Imperium” is another name for the default setting of original Traveller.  The Spinward Marches is a supplement for Classic Traveller, first published in 1979.

Monsters! Monsters! was first published in 1976.  Compatible with the Tunnels & Trolls rules set, PCs play monsters instead of traditional adventurers.  You can purchase a reprint here.