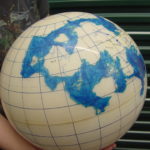 Welcome to The Hall of Blue Illumination, the podcast dedicated to the world of M.A.R. Barker’s Tékumel.  In this episode, our hosts consider how much knowledge players should have of the larger “meta” aspects of Tékumel’s setting.  Should referees discuss the deeper secrets of Tékumel at the outset?  Or, should they instead keep more esoteric matters to themselves, and reveal them over the course of play?

[00:01:10]  How much should a referee reveal of Tékumel’s history?  Its detailed backstory is certainly part of Tékumel’s appeal, however most characters, existing in the world, will have only the vaguest knowledge of these things.

[00:02:30]  Of course, this question presupposes that the players don’t already have this knowledge.

[00:04:20]  Should you only give players the basic knowledge they need to play the game?

[00:05:37]  Some players don’t want to sit through an hour of explanation before gaming.  Of course, with a “fresh-off-the-boat campaign, the players don’t really need to know that much anyway.

[00:06:24]  Through refereeing at gaming conventions, Victor has developed a short introduction to the setting that hits certain high points.  These include: the gods are real; it’s a metal-poor society; nobody has horses; society is hierarchical and status matters.  He tries to keep set up to 10-20 minutes, to maximize actual gaming time.

[00:08:00]  There are numerous examples on the web of short introductions to Tékumel.

[00:08:45]  Is there value in specifically excluding some deeper knowledge of the world, and holding it back for a later reveal?

[00:09:09] A prime example: Tékumel’s lack of stars implies a deeper secret.  You don’t have to let the players know it’s because they’re in a pocket dimension.

[00:12:20]  Dwell on the unique aspects of Tékumel to further players’ immersion in the setting.  However, avoid an info-dump; this can actually take players out of the narrative.

[00:16:28]  One of the ways that Professor Barker would introduce things is to simply describe what the character’s see, and let the players’ sense of wonder takeover from there.

[00:17:45]  An example of player characters’ first encounter with a nexus point.

[00:19:10]  Encountering the unknown and puzzling through is some of the most fun you can have gaming.

[00:28:30]  There are some players that won’t like the fact that Tékumel has secrets that aren’t revealed.

[00:29:03]  There are also players who “want to know the thing!”  If you tell them, can they play as if they don’t know?  If everyone knows everything, why bother?  We don’t know all the secrets of the real world either.

[00:34:00]  Of course, if you’re going to talk about an aspect of the setting, you should be ready if a knowledgeable player responds with a question.  You have a number of choices.  You can say, “This is my Tékumel”, or you can justify the inconsistency in some way.  Of course, you can also admit your mistake.  Often players asking these questions are trying to be helpful, or participate in the story.

[00:38:22]  The tubeway car network mystified the original players of Tékumel.

[00:39:40]  Some things should be a mystery initially.  People within the Five Empires have a basic understanding that eyes are devices that do things.  They also have a vague understanding of the concept of nexus points, as well as the existence of gods and demons, and other planes.

[00:42:46]  How is a character supposed to divine the nature of the multiverse?  By “going there” and “seeing those things.”

[00:43:32]  James consults the Book of Ebon Bindings, and clarifies the location of the realm of Lord Tkél.

Man of Gold, the first of M.A.R. Barker’s novels set on Tékumel, is back in print.  You can purchase it through Amazon or CreateSpace.   It’s also available as an ebook for Kindle, Nook, or Kobo.  The passage where Hársan sees a starry sky occurs a few pages into Chapter 32, on page 264 in the DAW edition.

Non-Tékumel Products, People and Other Things:

Gamma World is a science-fantasy RPG created by James M. Ward, and first published by TSR in 1978.  It has seen seven editions.  Do yourself a favor and check out the artifact activation table.