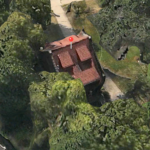 Welcome to The Hall of Blue Illumination, a podcast dedicated to the world of M.A.R. Barker’s Tékumel.  In this episode, Victor regales us with colorful anecdotes about gaming with the renowned Professor himself.

Victor also recaps his experiences gaming at Con of the North, and Scott is excited about John Till’s adaptation of the Fate rules to Tékumel.  We end with announcements regarding updates the Tékumel Foundation’s submission guidelines, a forthcoming print-on-demand offering, and a planned compendium of Tékumel-related articles.

[00:00:56]  Victor attended Con of the North, a gaming convention held in St. Paul, MN.  For several years, Brett Slocum has organized a Tékumel track with 60 hours of gaming.

[00:03:05]  Several of the newer miniatures rules sets are easier to pick up and play than their predecessors were.

[00:04:15]  John Till was present at Con of the North, and ran his Fate of Tékumel game, an adaptation of the Fate rules to the Tékumel setting.  The players were a group of Mesoamericans translated to Tékumel, and several chose to stay at the end.

[00:05:58]  John has a license with the Tékumel Foundation to produce a series of adventures using his Fate rules.

[00:07:18]  Brett Slocum used his Petal Hack rules to run a modified version of Expedition to the Barrier Peaks, set in the Átkolel Heights.

[00:08:17]  Victor ran several sessions of Empire of the Petal Throne, with both new and experienced players.

[00:08:55]  Victor supplies an anecdote from one of his sessions about the opening of a poisoned chest. One of his players remarked, “Wow, this really is old school, I’ve never been in a game session where somebody just died like that.”

[00:13:15]  Scott has had to end his Isle of Vrá campaign.  There are several posts on the Blue Room archive that mention the Isle of Vrá, and he had a lot of fun researching and creating the campaign nonetheless.

[00:15:52]  Questions from listener George.  What did the rules set look like in the late ‘70s when Victor began to play with Professor Barker’s group?

[00:18:55]  The Professor took attendance, and expected players to be on time for game sessions.  If a player missed too many sessions, they would have to “drop the course.”

[00:19:55]  The Barker kitchen smelled amazing, but if the Barkers invited you to eat something hot, you assumed the risk.

[00:21:20]  Victor relates the Professor’s thoughts on chumétl: a flavored yogurt drink akin to a lassi, but without the sweetness.

[00:24:08]  Professor Barker used to smoke awful-smelling cigarillos.  The Foundation still stores his miniatures in the old cigarillo boxes he kept them in.

[00:24:47]  How did Professor Barker transition from small talk into a game?  Early on, he’d simply expect that the party would organize themselves and remind him of where they had left off.  The Professor, of course, remembered, but he was checking to see if the players remembered.

[00:29:53] Most of the Professor’s players in the mid-‘80s were a generation younger than he.  There was a wide circle of stable players.

[00:32:51]  At its height, there could be a dozen players at the table, but this was too many.  Eight players was considered comfortable.

[00:33:48]  Returning to George’s question, Professor Barker used an amalgam of EPT and the spell corpus from Swords & Glory.  Sometimes the group would consult Swords & Glory or Gardásiyal.

[00:34:31]  Professor Barker used EPT as the base layer of his games.  Players could use Swords & Glory to generate characters, but the expectation was to use EPT for combat.

[00:35:18]  Character sheets were 3X5 cards, and these cards were color-coded according to the god a player’s character worshiped.

[00:36:02]  Professor Barker ran two groups concurrently in the 1980s.  The “Tuesday Night Group” changed significantly when the wizard Eylóa played by Michael Callahan figured out how to return Tékumel to humanspace.

[00:36:47]  The Tuesday Night Group often had high-level characters who tinkered with the setting; they viewed the Thursday night players as a bit dim.  The Thursday people, for their part, were equally dismissive of the Tuesday night people.

[00:37:33]  The actions of either group could affect the other.  Professor Barker’s Tékumel was one single campaign world.

[00:39:00]  The evolution of the notion that Tékumel’s existence was only one branch on the tree of time.

[00:41:56]  The Professor insisted that the Swords & Glory rules allowed players to cast too many spells, too often — despite the fact he wrote them.

[00:43:07]  The Tékumel Foundation is revising the website’s language regarding submissions for Tékumel-related material.  The Foundation wants to better distinguish between fan-creations and material that requires a more thorough approval process.

[00:44:30]  We finished the scans of the TSR version of EPT.  This will be a print-on-demand version that could be out as early as late March.

Brett Slocum’s The Petal Hack is a stripped-down version of the EPT rules.  It is available free-of-charge at RPGNow.

Swords & Glory Vol. 2 is available as a PDF or in print from RPGNow.

Issues #1 and #2 of the Tékumel Journal were published in 1977 and 1978 respectively.  They are both available as PDFs from RPGNow.

The Imperial Courier was a Tékumel-focused periodical published by Tékumel Games from 1984 to 1985.  It is out-of-print.

The Blue Room was a Tékumel-focused ftp site formerly hosted by Chris Davis, one that saw regular contributions from Professor Barker.  An archive of this material is available here.

Expedition to the Barrier Peaks is available as a PDF from RPGNow.  A print copy is not difficult to find.

The original edition of Arkham Horror was published in 1987.  Fantasy Flight Games published a revised edition in 2005.

The edition of Talisman Victor mentioned is the out-of-print second edition.  The fourth edition of the game was released by Fantasy Flight Games in 2008 and remains widely available.